It appears that you’re not receiving emails about entrepreneurs’ best practices and startup updatesto make your journey easier.

I’ll DO IT LATER

What are the stages of funding for a start-up?

When you initially think about funding your start-up, you think about raising money from friends and family before you take the plunge of seeking funds from external sources. This funding could also come from the founder’s personal funds too. But things have changed. Seeking funding has a kaleidoscopic aspect to it. There are many rounds and stages at which you can raise funding to launch your start-up. Here are a few of them.

You can consider this as the first rung of the ladder. This is also known as the bootstrapping phase. Commonly, you’d be using your own money at this stage, or you could be raising money from friends and family alike. You could just as well be in the market testing phase, when the idea and feasibility are being tested. This stage of funding occurs when you might not even have your product ready, or it could be at a juncture where you’re not even operational.

But you still need money for expenses. The initial costs would include funds for building the prototype and constructing a plan for the product launch and developing ideas for various marketing and sales activities. At this stage, the team comprises a handful of co-founders and core team members.

Now that the idea is planted, you need a round of seed funding to sprout your idea. You can think of it as planting a tree. In an ideal situation, the funds raised at this stage serve as the seed. Watering this seed would mean adding a commercial procedure that’s close to the vision of the founder. After that, the start-up grows to be a tree. Let’s not forget that the start-up is still in its nascent stage. It may be valued at anywhere around $3 million to $6 million and may aim at raising funds to the tune of around $2 million to $3 million.

In this phase, the founders try to raise funds to conduct in-depth market research and know the tastes and preferences of the target customers. Also, it is the stage in which the product is released to the world. Here, the focus is on gaining traction so that the start-up starts generating revenue. Otherwise, the founders may have to pack their act.

This source of raising funds comprises multiple rounds of funding, and it incorporates a series that is followed. This includes series A, B, C, and D. In each successive round, the start-up raises a higher value and bolsters its valuation as well.

Venture capital firms, angel investors, and equity crowdfunding become reliable sources of funds at this stage. Funding is usually secured through one big investor, after which the others follow suit.

This phase is concerned with expansion. It’s not solely the product or service being expanded. It involves the expansion of the customer base, employees, and management team of the company. Venture capitalists or late-stage venture capitalists are usually those who provide funding at this stage. The investment at this round is to the tune of $30 million, and the company can hope to be valued at $60 million. This stage of funding revolves around developing new business models with the objective of meeting the different needs of its customers.

If you’re at the level of series C, then it means that the company is on the path of development. At this stage, the company looks for further investments that can assist them in creating new products and reaching new markets. They might also turn toward acquiring underperforming companies.

What’s more is that at this point, investors readily know that the company is successful and that the chances of failure are infinitesimal, which is why many investment banks, hedge funds, and private equity firms turn up at this stage. Here, the start-up begins to get valued from $100 million to $150 million. And the amount that can be expected to be raised is close to $50 million.

Things come to an interesting head at this point. The company can either opt for a series D funding or opt for an initial public offering (IPO). For companies aplenty, series C is usually the last stage of funding.

There’s a dearth of companies that actually opt for a series D round of funding, and this could be because the company may want to remain private for a little longer before opting for an IPO. A different reason for companies to be a part of this stage could be that they haven’t met the expectations they needed to. This has a negative connotation to it because then it’s known as a downround.

An IPO is the first time that the company offers shares to the public. This is the final stage of start-up funding, and it helps the start-up in growing. But there’s a flipside to it. IPOs can be risky because the public is unaware of how the shares might trade in the market. On the other hand, the company might even perform really well, and in that case, even the investors would be able to gain a lot. In summary, there are pros and cons to everything, and an IPO is no exception.

The myriad stages of start-up funding allow entrepreneurs to scale their start-up at any stage of their start-up journey. It is this sizing practice, according to the rounds of investment, that allows them to map exactly where they are in their journey. On the basis of that, companies can then be well informed about which potential financial experts would put resources into their business to help them grow and develop. Either way, knowing about the flow of funds is essential to any start-up. 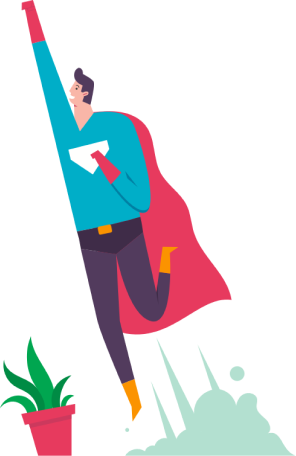